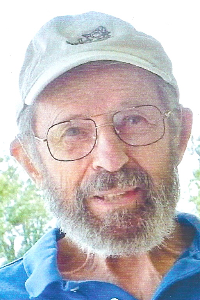 LEICESTER: Normand R. Lachapelle, 85, of 30 Pleasant St., died Sunday, Jan. 28 at his daughter's home in Westminster.
He was the husband of Shirley M. (Smith) Lachapelle who died in 1986.
He leaves his son John R. Lachapelle and his wife Amy of Princeton, his daughter Mary A. Fenner and her husband Charles of Westminster, sisters Claire Menard of Leicester and Jaqueline Jolie of Northbridge and their families, four grandchildren Joshua and Ashley Fenner and Eric and Adam Lachapelle .
Born in Leicester, he was the son of Roland and Lucienne (Brodeur) Lachapelle. He graduated from St. Joseph's High School in Berthisville, Canada and later served his country during the Korean War with the U.S. Army. He was a longtime member of the Knights of Columbus in Leicester, Council 4528. He was a member of St. Joseph-St. Pius X Parish.
Norm was a self employed master carpenter for many years, retiring in 1996. He was best known for his humility, kindness, and his dedication and love for his wife.
The funeral for Norm will be held on Thursday, Feb. 1 from the MORIN FUNERAL HOME, 1131 Main St.,Leicester with a Mass at 10 a.m. in St. Pius X Church, 1153 Main St., Leicester. Burial will follow in St. Joseph's Cemetery, Leicester. Calling hours are Wednesday from 5 to 7 p.m. in the funeral home.
In lieu of flowers, contributions may be made to P.K.D. Foundation, 8300 Ward Pkwy. Unit 510, Kansas City, MO, 64114 or pkdcure.org