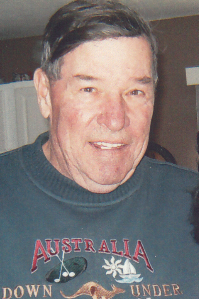 He leaves behind his best friend and loyal companion his dog Toby; 3 step-children, Julie L. Sterczala and her fiancé Robert E. Lee, Lorene M. and her husband James Gouin and Glenn A. Bacon, Jr. all of Webster; a daughter, Diane Cole and a grandson Adrian of Vancouver, WA; 3 grandchildren, Kelly L. and her husband Rich Barnaby, Stephen L. and his wife Katie Sterczala and Jenna E. Gouin; 3 great-grandchildren, Abby, Richie and Logan. He was predeceased by his brother, George Cole.

He was born in Hartford, Connecticut, a son of George and Estelle D. (Kogut) Cole.

He served in the United States Army during the Vietnam Era.

Mr. Cole worked as a corrections officer at the Somers State Prison in Connecticut before his retirement in 1998.

Guy enjoyed life, whether it was listening to an Irish band at McGuirk’s, or his other favorite places on Hampton Beach, walking his dog around Webster, or taking a drive to Foxwoods to try his luck. His greatest enjoyment was vacations spent with his wife and family, especially the yearly trips to Disney World and Hampton Beach throughout the childhood of his grandchildren.

In addition to all the big trips, our memories are full of all the times he made us laugh with his quirky ways. Guy was a great friend to many. He was friendly and fun to be around and will be missed dearly by his family.

A celebration of life will be held on February 17, 2018 at 1:00 P.M. in the Kosciuszko Society (Bush Hall) 10 Dresser St., Webster. Funeral arrangements are under the direction of Scanlon Funeral Service, 38 East Main St., Webster, MA.