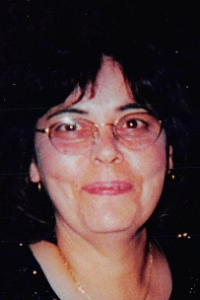 Patricia A. (Sheehan) Ganias, 66, of Worcester, died Monday, January 15th with her loving family by her side. She is survived by her husband of 45 years, Constantinos Ganias; two sons, Andrew J. Ganias and his wife, Kelly of Culpeper, VA and their children, A.J., Natalia, Nicholas, and Sophia, Matthew C. Ganias and his wife, Melissa of Woodstock, CT and their children, Kelsey, Deon, Dante, Mila, Maylie, and Maverick; four daughters, Lisa M. Harden of Worcester and her children, Corin, Jalen and Peyton, Sarah A. Fischer and her husband, Scott of Raynham and their children, Isabella, Ashley and Skyla, Teresa Ganias of Leicester and her daughter, Alexis and Carina P. Houlihan and her husband, Brandon of Boston who are expecting a son in February. She also leaves her brother, Richard Sheehan and his wife, Mimi Huber of Nantucket; a sister, Mary Sheehan of Shrewsbury and many nephews and nieces. She was predeceased by her brother John F. Sheehan.

Patricia was born in Worcester, the daughter of Dr. John and Clara (Lawrence) Sheehan; and had worked for many years for the City of Worcester, School Department until she retired in April of 2016. She was a member of Christ the King Parish and an active member of the former St. Charles Borromeo Parish. Her greatest joy was time spent with family and especially enjoyed watching her children and grandchildren compete in sports through the years. She was also an avid New England sports fan, and particularly enjoyed the Red Sox. Her greatest desire in life was to have and be part of a large family and derived much pleasure in accomplishing that goal.

Her funeral is Friday, January 19th from O'CONNOR BROTHERS FUNERAL HOME, 592 Park Avenue with her funeral Mass at 11:00 a.m. in Christ the King Church, 1052 Pleasant Street. Burial will follow in Hope Cemetery. Calling hours are Thursday, January 18th from 4:00 until 7:00 p.m. in the funeral home. In lieu of flowers please make memorial contributions to the American Lung Association, 1661 Worcester Road, Framingham, Ma 01701.