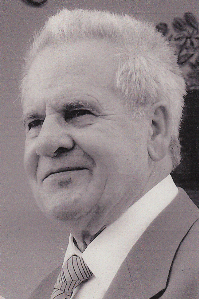 He was born in Mrowla, Poland and raised in Bratkowice, Poland, a son of Wojciech and Bronislawa (Rokosz) Lachcik. He lived most of his life in Rzeszow, Poland before moving to the United States in 1997. He graduated from a technical high school in Rzeszow, Poland.

He served in the Polish Army as a captain.
Mr. Lachcik was a quality control supervisor at Pratt Whitney in Rzeszow, Poland for most of his life, retiring in 1996.

He enjoyed painting and especially gardening. He devoted his life to his family, especially the grandchildren.

The funeral will be held on Thursday, January 18, from Scanlon Funeral Service, 38 East Main St., Webster, MA, with a Mass at 10:00 AM in Saint Joseph Basilica, 53 Whitcomb Street, Webster. Burial will be in St. Joseph Garden of Peace, Webster. Visitation will be held from 8:30 to 9:30 AM Thursday, January 18, in the funeral home. Arrangements are under the direction of Sitkowski & Malboeuf Funeral Home, 340 School St., Webster.