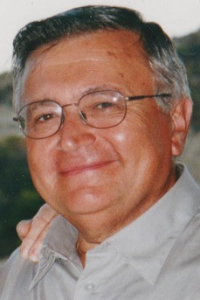 Charlton
Franco L. F. D’Annunzio,78, passed away unexpectedly on Tuesday, January 9, 2018 at Harrington Memorial Hospital in Southbridge. He leaves behind his wife of 49 years, Lina (Esposito) D’Annunzio, and their three children; Christian O. D’Annunzio and his wife Victoria of Norwood, Gabriel F. D’Annunzio and his wife Giesla of Charlton, and Jennifer G. Houghtaling and her husband Alan of North Grafton. He also leaves behind 6 grandchildren; Gabriella, Isabella, Sofia, Julia, Maia, and Tanner, and two sisters; Maria Pia Nardone of Newton, and Silvana Bonelli of Italy.
Franco was born April 23, 1939 in Atina, Italy son of the late Orazio and Ginevra (Ricciardi) D’Annunzio and moved to the United States as a young man. He earned a Bachelor’s Degree in engineering in Italy and worked for various contracting firms. Franco and Lina proudly started their own firm, F&L General Contractors, and also owned and operated their own restaurant, Ciao Napoli in Marlborough for fifteen years.
Franco was a member of St. Joseph’s Church, and his interests and talents were incredibly wide ranging. He was a master gardener, tending his vegetable and fruit crops with great care. He loved working outdoors tending his property and his chickens. Took great pride in his landscape and still life paintings. He loved making and sharing his homemade wine with everyone.
Franco lived life fully, and enjoyed so very many things. Traveling to places such as Italy, Spain, Costa Rica, Paris and the Caribbean and Mexico with his wife Lina, whom he loved completely and dearly, and who was always special to him. He also cherished Sunday meals with his children and grandchildren around him, the Patriarch at the head of the table.
A Memorial Mass for Franco will be Saturday, January 20, 2018 at 10:00 a.m. at St. Joseph’s Church, 10 H-Putnam Rd.,Ext. in Charlton.
Everyone is welcome to meet with the family from 9:00 a.m. until the time of the Mass (At the Church). A reception will follow at the church from 11:00 a.m. -1:00 p.m.
In lieu of flowers, Memorial Contributions in the name of Franco D’Annunzio may be made to: Foodforthepoor.org or Foodforthechildren.org. These organizations Franco supported every month, to help others.
The ROBERT J. MILLER-CHARLTON FUNERAL HOME, 175 Old Worcester Rd., Charlton is honored to be assisting Franco’s family with arrangements.
An On Line Guest book for Franco, to leave a condolence or share a memory, please visit:RJMillerfunerals.net