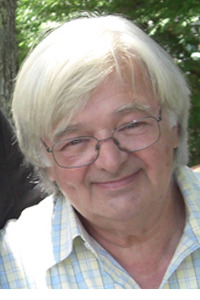 He was born in Bucharest, Romania on December 7, 1944 a son of the late Gheorghe and Helen (Homorozean) Gatej. He was raised and educated in Romania and immigrated to the United States with his family in 1973. He began working at Eddington Thread Manufacturing where he was instrumental in the day to day operation of the business. He continued to work for them until their closing in 2013. Mr. Gatej could fix and repair just about anything including his home and cars. He also enjoyed fishing, going to the beach and taking road trips with his family from Canada all the way to Virginia. He was an avid fan of all Boston sports teams.

Family and friends will gather to honor, remember and celebrate his life on Monday, January 15th from 5:00pm until 7:00pm at CALLAHAN, FAY & CASWELL Funeral Home, 61 Myrtle St., Worcester. A graveside service will be held on Tuesday, January 16th at 12:00pm in Hope Cemetery, Worcester.