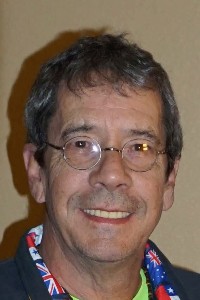 Bob's passions included flying his Skyhawk 172 out of Spencer Airport and hanging out on "Mike's mountain" after a day of flying. He was a private pilot for over 40 years in both England and America. When his children were younger he enjoyed going on many Boy Scout camping trips as an assistant scout leader, skiing and snowmobiling.

In his retirement he enjoyed working/helping friends and family with odd jobs to keep himself occupied, and in his down time became addicted to tropical vacations in the beaches of Florida and the Caribbean with his family and friends.

His pride was his wife, kids, grandkids, and daughters-in-law.

Bob was born in Worcester, son of Thomas Masterson, in his youth moved to England, but returned to America after his marriage to Margaret, where they built a home and family here in America of which he was so proud. He was the Quality Control Manager at Leicester Die & Tool for many years retiring in 2014. Previously he worked at Olson Manufacturing and Wright Machine.

The funeral will be held Friday, January, 12 from J. HENRI MORIN & SON FUNERAL HOME, 23 Maple Terr., Spencer with a Memorial Mass at 10:00 AM in Mary Queen of the Rosary Church, 7 Church Street, Spencer. Bob’s remains are to be cremated and spread by the family at his "happy places". Calling hours are Thursday, Jan. 11 from 5:00-7:00 PM in the funeral home. In Lieu of flowers memorial donations may be made to St. Jude Children's Research Hospital www.stjude.org 262 Danny Thomas Place Memphis, TN 38105