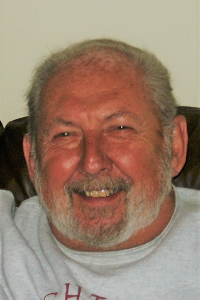 WORCESTER__ William J. Mazejka Jr., 81 of Worcester died on Sunday, December 31, 2017 in St. Vincent Hospital. He is survived by his wife of 55 years, Linnea (Carlson) Mazejka. He also leaves three sons, John W. Mazejka and his wife Michelle of Charlton, Brian M. Mazejka and his wife Monique of Salem, NH and Scott A. Mazejka of Westfield; seven grandchildren, Stephanie, Kimberly, Jackson, Luke, Trevor, Thomas and Jessica and a great granddaughter, Dakota Rose. He was predeceased by his brother Robert Mazejka. Bill was born in Worcester the son of William J. and Melania (Sobol) Mazejka, Sr.

A lifelong Worcester resident he worked as a tool and die maker for Wright Line Company for many years before retiring in 2001. He graduated from Worcester Boys' Trade School and Worcester Junior College. He served in the U. S. Navy on the USS Bristol and was later a member of the Tin Can Sailors Association. He also was a longtime member of the PNI Club. He was an avid outdoorsman and enjoyed hunting and fishing. He loved being with his family and spending time with his grandchildren.

The funeral will be held on Saturday, January 6, 2018 from HENRY-DIRSA FUNERAL HOME, 33 Ward Street, Worcester with a Mass at 10:00 a.m. in Our Lady of Czestochowa Church, 34 Ward Street, Worcester. Burial will be in Worcester County Memorial Park, Paxton. Calling hours in the funeral home will be Friday, January 5, 2018 from 5:00 p.m. to 7:00 p.m. Memorial contributions may be made to the American Heart Association, 300 5th Ave, Waltham, MA 02451 .