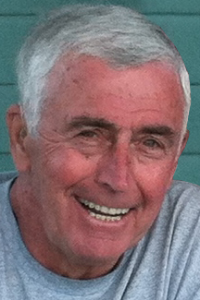 Continuing in the business started by his father in 1962, Bob and his siblings owned and operated McNeil & Sons Auto Paint, Inc., headquartered in Worcester before his retirement in 1999.

He was born in Worcester, the son of Robert D. and Elizabeth (Crimmins) McNeil, Sr. and later graduated from St. John's Prep on Temple Street. He attended University of Massachusetts Amherst and was a member of the Lambda Chi Alpha fraternity along with his prized green 53’ MG-TD. Bob lettered in basketball and golf. He later served his country for six years in the Army National Guard. Bob founded the Spencer Merchants Youth Basketball League, and coached golf at Leicester Junior College, Assumption College, and WPI. He took special pride in teaching his children and grandchildren the game of golf. He enjoyed the competition and camaraderie of golf, and won several local club championships over the years. He was a member of the Knights of Columbus Council 118 in Spencer, the Loyal Order of Moose in Venice, and past president of Lake Venice Golf & Country Club. Bob will be remembered for his loving heart, warm smile, principled leadership, and quick wit.

Burial will be private for the family ONLY in Worcester County Memorial Park, Paxton. Calling hours will be held on Friday from 4 to 7 p.m. in the funeral home.