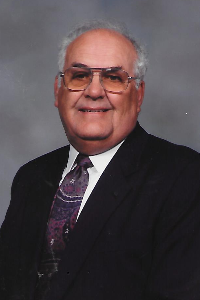 Worcester- Howard F. Wilder, 89, passed away peacefully at the Lutheran Home of Worcester on Saturday, December 30, 2017. He was born on April 15, 1928 to A. Eugene and Lillian (Anderson) Wilder in Worcester. He was a devoted husband, father, and grandfather. He was known to his friends for his cheerfulness and sense of humor.

Howard was predeceased by his first wife of 35 years Ebba (Strand) Wilder in 1989 and his second wife of 26 years Carol (Smith) Lund Wilder in 2017. He leaves two daughters- Linda J. Daniel and husband John of Southbridge, Jennifer L. Kovac and husband James of Clinton; a son Gary N. Wilder of Spencer; six grandchildren; ten great-grandchildren; three stepchildren- Thomas Lund and his wife Cecilia of Holyoke, Stephen Lund and his wife Pascal of Waltham, and Jennifer Lund Smith and her husband Stephen of Dahlonega, GA along with six step-grandchildren; and several nieces, nephews, and cousins.

Howard proudly served in the US Navy from 1946-1948. He graduated from the former Worcester Junior College with an Associates Degree in Business Administration. He retired from the Norton Company in 1987 where he was employed in the Accounting Department.