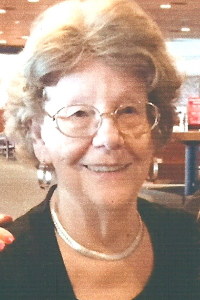 She leaves her husband of 59 years Joseph "Bill" Marco, a daughter Denise Marco and her fiancé Richard McDonald of Spencer, her son William J. Marco of Leicester, two grandchildren Eden & Reece Marco, a brother Joseph Latour of Florida and a sister Rita Marszalkowski of Webster, Ma, and several nieces and nephews.

Theresa loved her job as a teller for Mechanics Bank in Worcester and later worked for Worcester Tool and Stamping before retiring. She found her dream job after officially retiring working at Dana’s Boutique in Clearwater, Florida, where she and her husband spent many years.

Born in Webster, she was the daughter of Clarence and Anna Latour. To say she loved shopping would be an understatement - clothes, jewelry, anything that shines. Her hobbies included cooking, reading, family - especially her children and grandchildren and spending time on the Lake.

A Funeral Service will be held on Thursday, January 4 at 10 a.m. in the MORIN FUNERAL HOME, 1131 Main St., Leicester. Burial will follow in St. Joseph's Cemetery, Webster. Calling hours are Wednesday, January 3 from 4 to 7 p.m. in the funeral home.