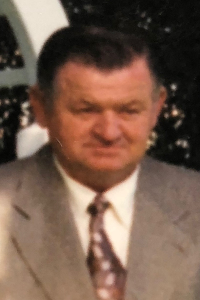 Arthur Flagg, 73 of West Boylston passed away peacefully on December 30, 2017 at St. Francis Rehabilitation and Nursing Center in Worcester after a brief illness.

He leaves his devoted wife of 53 years, Rosemarie (Dell’Aquila) Flagg of West Boylston, his son Arthur Jr. and his wife Freeda of Worcester and his two cherished grandchildren, Perry Jake and Eleni Marie.
Born on August 8, 1944 in Worcester, Arthur was the son of Maro and Ruth (Potter) Flagg of West Boylston . One of nine children, he grew up in the family owned funeral home and ambulance business in West Boylston. He attended West Boylston Schools and Augusta Military Academy in Virginia where he won the award for best dressed Cadet.

He married his wife Rosemarie on February 9, 1964 and began working with his brothers in their Burial Vault and Cement products business. After moving to Boylston in 1970, with Rosemarie by his side, they started their own venture; A. Flagg Burial Vault Company in Boylston which they operated for over 20 years.
Arthur loved his wife Rosemarie’s Italian cooking, his grandchildren bringing him his favorite dessert Table Talk pies, classic cars and his favorite hobby golf. He won a stock car race at Thompson Speedway with his 1957 Cadillac, played to a scratch golf handicap and had 3 hole in ones to his credit. His numerous golf stories made everyone smile and his passion for golf has been passed down to his son and grandson.
Nothing gave him more pleasure than listening to his grandchildren’s own accomplishments and time spent with them and his family. He will forever be in his loving wife Rosemarie’s heart.

He also leaves behind two brothers and five sisters; James Flagg of Sterling, Maro “JR” Flagg Jr. of Sutton, Betty Mitchell of Paxton, Jane Houghton, Marilyn Ethier, Sandra Carroll and Christine Wickstrom all of West Boylston; he was predeceased by a sister Mary Ann Himmer of Holden. He also leaves many nephews and nieces .

A special thank you to the staff at St. Francis and his caring and dedicated visiting nurse, Michelle Hannan .

A private service for immediate family will be held in Mount Vernon Cemetery in the spring. In lieu of flowers, memorial contributions can be made to Green Hill Golf Course c/o Danny Rossetti Jr. Golf Camp, 1929 Skyline Dr., Worcester, 01605. Arrangements in the care of FAY BROTHERS Funeral Home, 1 West Boylston Street.