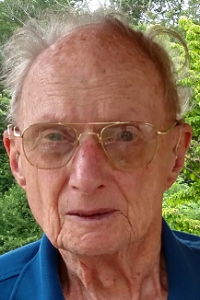 Albert "Al" Hayes, 91 of Paxton, passed away peacefully on Tuesday, December 26th. His wife of 58 years, Claire E. (Doherty) Hayes died in 2012. He is survived by his daughter, Anne Marie Bularzik and her husband, John of Naples, FL.; his son, Robert F. Hayes and his wife, Mona of Paxton; four grandchildren, Jason Hayes and his wife, Angela, Jennifer Hayes Castonguay and her husband, Derek, Matthew Bularzik and his wife, Rebecca and Kara Bularzik; two step-grandchildren, Jamie Garcidiaz and her husband, Josh and Jordyn Trifilo; and eight great-grandchildren, Saffron and Shiraz Hayes, Lila and Owen Castonguay, Olivia and Desmond Bularzik, Doc and Gus Garcidiaz; and many nephews, nieces and family in Nova Scotia. He was predeceased by a daughter, Kathleen who died in 1969.

He was a member of the Mechanic's Association, The Central New England VW Club, the Greendale Retired Men's Club; he was also a member of the Morning Star Lodge A.F. & A. M. and the Korean War Vets of Central Massachusetts.

Al and his wife loved spending summers with their children and grandchildren at their beach house in Moody, Maine and endless days at the beach in Ogunquit. He also enjoyed being outdoors toiling in his yards. After their retirement in 1992 he and Claire traveled extensively.

The family extends their heartfelt thanks to the caregivers at The Meadows for their special care and compassion.

His funeral is Saturday, January 6th at 11:00 a.m. in O'CONNOR BROTHERS FUNERAL HOME, 592 Park Avenue, burial will follow in Worcester County Memorial Park. A visitation will be held from 10:00 a.m. until the time of the service. In lieu of flowers and in recognition of Al's military service, donations may be made to Veteran's Inc., 69 Grove Street, Worcester, MA 01605.