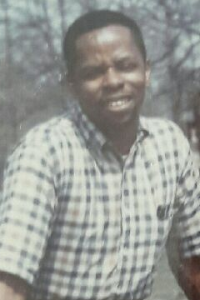 Mr. Ralph Williams was born to the late Hayward and Louvenia Williams on September 11, 1940 in Palmetto, Ga.

In 1965, he move to Worcester, Massachusetts. He was married to Vera (Rainwater) Williams.

He was a general contractor for years, and retired in 2006 due to illness. Ralph was a member of the Bricklayers Local 3 Union.

He enjoyed playing basketball at the YMCA and area parks in Worcester where he got the nickname “Old Man” because he was the oldest on the court and the best....

Ralph was a fan of the Boston Celtics and New England Patriots. He enjoyed spending time with his children, grandchildren, and great-grandchildren. He will be remembered as a very kind man.

His funeral service will be held on Saturday, January 6th at 11:00 AM in O'Connor Brothers Funeral Home, 592 Park Avenue. A calling hour will be held from 9:00 AM until the start of the service. In lieu of flowers donation can be made to the Worcester Boys and Girls, 65 Tainter Street, Worcester, MA 01610.