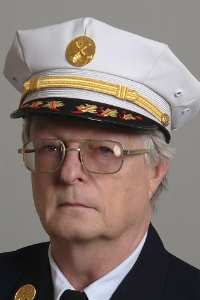 John J. Horan, 65, of Worcester, passed away Wednesday, December 27th with his family by his side. He is survived by his wife of 37 years, Donna J. (Peirson) Horan; two sons, Christopher J. Horan and his wife, Audrey of Holden and Jeremy E. Horan of Worcester; a daughter, Bridget M. Horan of Somerville; his mother, Helen (Swedis) Horan of Worcester; four brothers, David and Gerald Horan both of Worcester, Thomas Horan of Vernon, CT and Stephen Horan and his wife, Deborah of Richmond, VA; a sister Susan Horan of Framingham; his granddaughter, Charlee Horan; and many nephews and nieces. His daughter, Cathleen M. Horan and his father, John J. Horan predeceased him.

He was born in Worcester, John had been a firefighter for the City of Worcester for 37 years, retiring as District Chief in 2014. He was a graduate of East Coast Aero Tech and had also worked for Pratt and Whitney in Connecticut and as an EMT for Chaulk Ambulance.

His funeral is Wednesday, January 3rd from O'CONNOR BROTHERS FUNERAL HOME, 592 Park Avenue with his funeral Mass at 10:00 a.m. in St. Andrew the Apostle Church, 5 Spaulding Street. Burial will follow in Notre Dame Cemetery. Calling hours are Tuesday, January 2nd from 4:00 until 8:00 p.m. in the funeral home. In lieu of flowers memorial contributions may be made to Seven Hills Pediatric Center, 22 Hillside Ave Groton, MA 01450.