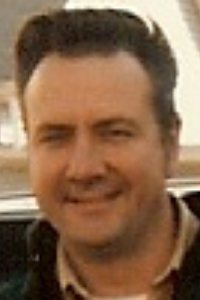 SPENCER; Daniel E. Docwra, Jr., (Danny, Dan, "Doc") was born in Worcester and died suddenly and very unexpectedly at his home in Spencer, Sunday, December 24.
He was the son of the late Daniel E. & Ellen M. (Howland) Docwra. He was raised in North Brookfield graduating with the North Brookfield High School Class of 1960. He then enlisted in the Navy and served his country proudly from 1960-1964 during the Vietnam War. Later the same year he was hired by Norton Co., now Norton/Saint-Gobain, where "Doc" worked for the next 39 years achieving his goal of becoming their railroad engineer for the latter part of his career. He retired in 2003 from a job that he truly loved. Danny is survived by the love of his life Dianna "Denny" (Lacroix) Docwra whom he married December 14, 1968 in North Brookfield and they have resided in Spencer for the last 49 years.
He loved to work in and took great pride in his yard, watching trains and railroading in general. Travel was a big part of Danny and Denny's lives, visiting many parts of the U.S. and Canada with river cruising and rail travel of special interest.
Besides his wife he is survived by his sister, Ellen-Jane Metcalfe and her husband Harold, sister-in-law, Carol Lacroix, 2 nephews and 2 nieces and their families, cousins, many loving friends and his buddies from work. Danny leaves a hole in many hearts. At his request no Services are planned. Following cremation burial will be private. Contributions in his name may be sent to either; Boys Town, 200 Flanagan Blvd., P.O. Box 6000, Boys Town, NE 68010-9988, St. Jude's Children's Research Hospital, 501 St. Jude Place, Memphis, TN 38105, or to, Sisters of St. Joseph, Office of Development, 577 Crew St., Springfield, MA 01104.
The J. HENRI MORIN & SON FUNERAL HOME, 23 Maple Terr. are assisting the family with arrangements.