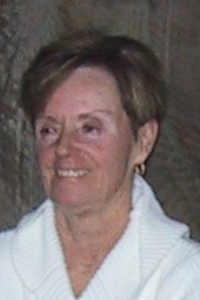 Westborough — Judy Angell, 70, formerly of Charlton Ma, passed away in her sleep Thursday, December 22nd 2017. Born in 1947 in Worcester, Ma., Judy was one of 8 children. She was predeceased by her younger brother, Terrance, and her parents, Frederick & Mary (Connery) Angell. Judy attended David Prouty High School and went on to become one of the sassiest, most loved woman in the restaurant industry.

Judy held a number of jobs throughout Worcester county before finally settling in at Uhlman’s Ice Cream in 1983. Judy was a fan of common sense and had a knack for telling it like it was. Her catch phrases often included “not falling off the turnip truck yesterday" and contained more 4 lettered words than most people learned in a lifetime. All 80 lbs of her could make a grown man blush. For 34 years Judy showed up everyday. Seven days a week, eight months a year she was there. She weathered 34 prom seasons (don’t ask her her opinion of prom-posals), 34 soccer seasons and 34 seasons of teaching kids how to “really” clean. She became a second mother to us all and a backbone to the store. Judy had an amazing ability to remember the name of every single employee that had worked with her at the shop. Uhlman’s was like family to Judy. She beamed when acceptance letters to college were read to her, she loved pictures of the girls in their prom dresses, she welcomed every new baby that a former employee had, and most of all she listened. Though not one to sugar coat anything, Judy was always there the lean on for advice, or to just talk…..we were all “Judy’s Angells”

When not at the shop (which was nearly never) Judy enjoyed sharing stories and swapping disasters with friends at Tavolinos, the Chateau and Kennedy’s. Judy could make you laugh so hard you cried, but most importantly she always connected with you. To be a close friend of Judy’s you have heard countless stories that cannot be written in a newspaper, but that will forever hold a special spot in your heart.

Judy will be sorely missed and survived by longtime friend, Richard Smith and his wife Kathy Donley. Daughter Kelley Marston and her husband Pete Marston along with their 5 children, Hannah, Kiérnan, Bodë, McKenna & Holly. Judy was a proud “grandmother” to the 5 and they cherished her.

Family and friends will honor, remember and celebrate her life by gathering on Friday, December 29th from 10:00am until 11:00am at CALLAHAN, FAY & CASWELL Funeral Home, 61 Myrtle St., Worcester. A Funeral Service will follow in the funeral home. Burial will be in St. John's Cemetery.