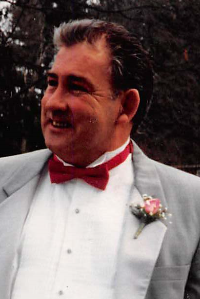 Spencer – Kenneth R. Dube, 76, of Spencer and formerly of Worcester died peacefully in his home on Wednesday, December 20th after an illness.
Ken is survived by his wife of 45 years, Donna F. (Crosby) Dube; a son, Scott D. Dube of Worcester; a daughter, Stacey E. Langelier and her husband, Richard of Spencer; 3 grandchildren, Sarah Beth Dube, Donovan Byfield and Shawna Byfield; 4 great grandchildren, Braiden, Kai’re, Ava Mae and Izaiah and many nephews and nieces.
He was born in Worcester, son of the late Oliver and Florence (Pelletier) Dube and is also predeceased by three brothers, George Dube, Oliver Napoleon Dube and William Dube and a sister, Evelyn Spillane.
Mr. Dube is a proud United States Army Veteran and served during the Vietnam War. Ken worked his entire career as an auto body technician for both himself and for various auto body shops in the Worcester area.
He was a lifetime member of the DAV, and enjoyed collecting sports cards, taking long rides in the country and woodworking, especially making bird houses.
Ken was a patriotic man who was proud of the fact that not only was he a veteran but also that his son and grandson followed in his footsteps and served in the United States Armed Forces.
Calling hours will be held on Tuesday, December 26th from 4 to 7PM in the Alfred Roy & Sons Funeral Home 12 Hammond St. Worcester. Memorial contributions in memory of Ken may be made to the Brookhaven Hospice Program 114 Turnpike Road, Suite 206, Westborough, MA 01581 or to the Big Hair Animal Rescue by going to their website www.bighairanimalrescue.com/main.html
To share a memory of Ken, sign the online guestbook, or for directions please visit www.Royfuneral.com