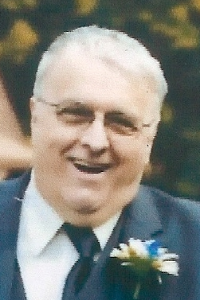 SPENCER: David R. O'Coin, 67 of Sherwood Dr., died Monday, Dec. 18 at his home.
He leaves his wife of 43 years, Sonia G. (Cobain) O'Coin, his sons Michael D. O'Coin and his wife Maria of Worcester and Mark R. O'Coin of Spencer, his daughter Kristine P. Bauce and her husband Matthew of Spencer, a sister Dianne Cummings and her husband William of Worcester four grandchildren; Liam, Norah, Calista and Patrick, several nieces and nephews.
Dave was an auditor and supervisor for the Mass. Dept. of Revenue for almost 40 years, retiring in 2012. He served as a water commissioner for the Spencer Water Dept. for over 40 years (he was longest serving board member). He was a member of the Building Committee for the Wire Village School, a former member of the Spencer-E.Brookfield Little League Assoc., coached Youth Basketball & Soccer in Spencer for many years, and was a New England Sports Fan. His passion was spending time with his close-knit family and especially his grand children. He was a member of Mary, Queen of the Rosary Parish.
Born in Worcester, he was the son of Romeo and Jeannette (Bosse) O'Coin and later graduated from David Prouty High School and Nichols College in Dudley.
Dave's funeral will be held on Friday, Dec. 22 from the J.HENRI MORIN & SON FUNERAL HOME, 23 Maple Terr.,Spencer with a Funeral Mass at 10 a.m. in Our Lady of the Rosary Church, 7 Church St., Spencer. Burial will follow in Worcester County Memorial Park, Paxton. Calling hours are Thursday, from 5 to 7 p.m. in the funeral home. In lieu of flowers, contributions may be made to the Center of Hope "Special Olympics Program", 1 North St.,Southbridge, MA 01550.