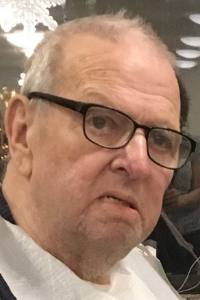 Herman W. “Bill” Devereaux, 82, of Worcester died at Baldwinville Skilled Nursing and Rehab on Saturday, December 16th joining his wife of 47 years, Joyce C. (Bernard) Devereaux who died in 2005, whom he missed dearly. He leaves three sons, William J. Devereaux and his wife, Lisa of Leicester, Phillip B. Devereaux of Worcester and John F. Devereaux and his wife, Deborah of Hudson; three daughters, Susan M. Connors and her husband, Michael of Whitinsville, Sandra L. Skinner and her husband, David of Baldwinville and Karen A. Devereaux of Worcester; a step-brother, David LaPorte; 13 grandchildren, six great grandchildren and several nieces and nephews. He was predeceased by two sisters, Norma Dorey and Joyce Provencher.
He was born in Worcester the son of Herman J. and Loretta C. (Noel) Devereaux. Bill was a sprinkler fitter for 60 years with the Local 669 Sprinkler Fitter’s Union, retiring in 1993. He was a veteran of the United States Navy serving during the Korean War. He was a longtime member of Our Lady of the Angels Church and the Knights of Columbus Alhambra Council. Some of Bill’s favorite pastimes were fishing, golfing and playing cards with his friends.
His funeral is Wednesday, December 20th with a Mass at 10:00 AM in Our Lady of the Angels Church, 1222 Main Street. Entombment will follow in Notre Dame Mausoleum. Calling hours are Tuesday, December 19th from 5:00 PM until 7:00 PM in O’CONNOR BROTHERS FUNERAL HOME, 592 Park Avenue. In lieu of flowers memorial contributions may be made to the Resident Activity Fund at Baldwinville Skilled Nursing and Rehab, 51 Hospital Road, Baldwinville, MA 01436.