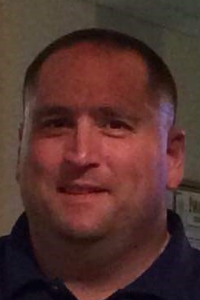 
Paxton- Dameon R. Esposito, 46, of Paxton passed away Monday, November 27 in UMASS Medical Center.
He leaves his three children, Vincent P. Esposito, Victoria L. Esposito and Varissa L. Esposito all of Paxton; his mother, Jane L. (Milley) Standring of Auburn; his nana, Lillian (Lindgren) Milley of Shrewsbury; his heart, Nicole A. Bateman and her son, Christian J. Benoit with whom he lived; his former wife, Michelle L. (St.Pierre) Esposito of Leicester; his sister, Elizabeth L. and her husband, Jeffrey S. Allain of Auburn; a nephew, Connor; his niece and godchild, Paris; his cousin and best friend, Tony and his wife, Jennifer Laudate of Hudson; several aunts, uncles and cousins. He was born in San Diego, CA son of the late, Paul F. Standring and graduated from Bay Bath High School.
Dameon was a Sergeant at the Worcester County Sheriff Department for 20 years, retiring in 2014. He also worked alongside his uncle, John Milley in various capacities since the age of 14 at the Knights of Columbus, Alhambra Council #88, where he was a longtime member and served as a former officer.
Dameon was a wonderful father and son and a friend to all who knew him. He was known for having a great sense of humor, a sarcastic wit and a great philosopher to many. He loved visiting East Sandwich in the summer a place he went every year since the age of 2. His friends will miss the games of corn hole, hanging out and watching sports especially the Patriots and long motorcycle rides. In his younger years he loved playing hockey and softball.
A Funeral Service Celebrating Dameon’s Life will be held Saturday, December 2 at 10:00AM in the First Congregational Church, 128 Central Street, Auburn. Burial will follow in Hillside Cemetery, Auburn. Visiting Hours are Friday, December 1 from 4:00 to 7:00PM at CALLAHAN~FAY~CASWELL Funeral Home, 61 Myrtle Street, Worcester. In lieu of flowers, memorial donations may be made to the American Heart Assoc. 300 5th Ave., Waltham. 02451.