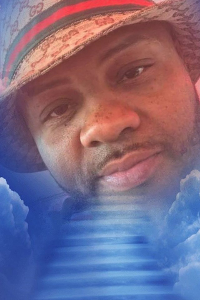 Luis Saldana, 40, of Worcester died Wednesday, November 22, 2017. He is survived by his wife Libia Iglesias; children, Luis Josiah, Raquel, Xavier, Dynasty, all of Worcester and Lilianna Saldano of Florida, his parents, Luis Saldana Sr. and Carmen L. Escobar, brothers, Anibal and Jesus Saldana; sister, Veronica Saldana all of Worcester, brothers-in-law, William Jose Fuentes, Gustavo, Orlando and Lazaro; nieces and nephews.
Born in Rio Piedros, Puerto Rico he attended Worcester schools and spent much of his youth at the Ionic Avenue Boys Club where he became interested in boxing and was a proud member of the “Four Horseman”. While boxing he participated in and won several championships. He enjoyed baseball, particularly the Red Sox and was looking forward to watching his son play the sport. Luis was a proud and protective parent. He was committed to family and was a good son, brother and friend.
The funeral will be held on Friday, December 1, 2017 in DIRSA-MORIN FUNERAL HOME, 298 Grafton St., with a service at 11:00 am. Calling hours in the funeral home will be Thursday, November 30, 2017 from 5:00 to 7:00 pm. Burial will be in Hope Cemetery. www.worcesterfuneral.com