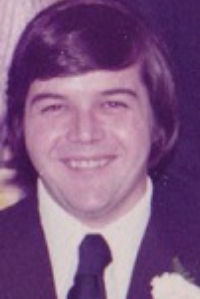 Webster
Bennett J. Smith, III, 67, passed away Wednesday, November 22, 2017 in his home.
He leaves behind a daughter, Melissa M. Smith, D.M.D. of Millis his father and step-mother; Bennett J. and Carol Smith, Jr. of Webster, 2 brothers; Bruce J. Smith of Webster and Brad J. Smith of New Mexico, a sister, Heidi Smith of Dudley, sister, Seana Smith, Esq, of Irvington, N.Y., a step brother, David Wasilko of Webster and many nieces, nephews and cousins. He was predeceased by his mother, Barbara (Burzycki) Smith and a step brother, Daniel Wasilko.
Bennett was born in the Bronx, New York, and lived in Webster for many years. He was a 1968 graduate of Bartlett High School and was in the French club, choir and played football. He later graduated from the former St. Vincent School of Nursing and was a Registered nurse. Also continuing his education as an anesthetist. He also served in the U. S. Navy. Bennett also served on the Webster Conservation Board for several years.
A Funeral Service will be Friday, December 1, 2017 at 10 AM in Zion Lutheran Church, 70 Main St., Oxford (kindly meet at the Church), burial will be at a later date in St. Joseph Garden of Peace Cemetery, Webster.
Calling Hours will be Thursday, November 30, 2017 from 4-6 PM at the ROBERT J. MILLER FUNERAL HOME and LAKE CHAPEL, 366 School St., Webster.
In lieu of flowers, Memorial Contributions may be made to: Zion Lutheran Church, 70 Main St., Oxford, MA. 01540.
To send a condolence or share a memory, please visit: RJMillerfunerals.net