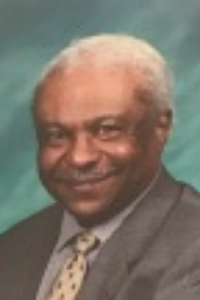 WORCESTER – On Sunday, November 19, 2017, Miguel A. Cotto-Gonzalez, 82, closed his eyes for the last time and was received with open arms by his Lord. Born in Cidra, Puerto Rico Miguel, he was one of five children born to Cleto Cotto and Alexdrina Gonzalez. He immigrated relocated to Worcester more than 40 years ago. As a young man, Miguel finished his college education and became a teacher for several years. He then enlisted in the US Army during the Korean War and proudly served from 1954-1957. Following his discharge, Miguel moved to Worcester. He worked as a grinder for the Norton Company / Saint Gobain for 23 years before his retirement in 1992.

A man with great faith based in Catholic traditions, Miguel was an active parishioner of the Saint Peter’s Parish in Worcester, where he was an Extraordinary Minister of the Eucharist, a lector and a member of its Saint Vincent de Paul Society. He was truly loved by his family and his many friends for his devotion and willingness to be helpful to whomever needed assistance.

Miguel was predeceased by his beloved wife of 21 years, Lucila Velez; his three brothers. Franciso, Felix and Augustino and by his sister, Esther Cotto. He will be missed by his son, Rene Cotto and his wife, Heather; his grandchildren, Mina I. and Ria A. Cotto; his step-children, Juan and Albert Gomez and Tina Velazquez; his step-grandchildren, Martin and Danny Velazquez, Nicole, Gaby, Eric and Andre and his great grandson, Logan Velazquez; and his sister-in-law, Flavia Velez.
Family and friends will honor, remember and celebrate Miguel’s life by gathering for visiting hours on Friday, November 24th from 5-7 p.m. at the CALLAHAN, FAY & CASWELL Funeral Home, 61 Myrtle Street, Worcester. His funeral will be held on Saturday, November 25th from the funeral home with a Mass of Christian Burial at 9 a.m. at Saint Peter’s Church, 931 Main Street, Worcester. Burial will follow in Worcester County Memorial Park, Paxton. Memorial donations in lieu of flowers may be sent to be Saint Peter’s Parish, 929 Main St., Worcester, MA 01603. To share a memory or leave a condolence for the family, please sign the guestbook on this page.