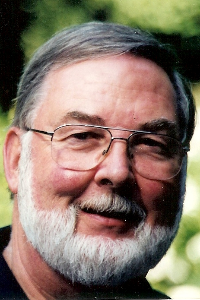 Richard was a prominent architect in Central Massachusetts and founder and president of Lamoureux Pagano Associates Architects in Worcester until his retirement in 2007. His commitment to quality design and historic preservation resulted in many award-winning buildings and culminated with the design of the nationally-acclaimed Worcester Technical High School. He was a longtime member and past president of the American Institute of Architects Central Massachusetts Chapter.

Born in Worcester, he was the son of Etienne A. and Carmen Y. (Seguin) Lamoureux and later graduated from the former Assumption Preparatory School in Worcester. He attended St. Bonaventure University and earned a Bachelor in Architectural Engineering degree from the University of Detroit.

A kind man with rosy cheeks, twinkling eyes and a healthy sense of humor, Richard was a fine craftsman who spent many hours in his workshop building toys and furniture for his children and grandchildren and lovingly restoring and modernizing his 19th-century Victorian home. He enjoyed hosting boisterous gatherings of family and friends and quiet moments with his wife by the sea. He was a patron of the arts, an avid reader, a traveler, amateur photographer and sports car enthusiast.

Civic-minded, he was a former member of Preservation Worcester, the Spencer Exchange Club and the Spencer Historical Commission and volunteered for many town projects over the years.

Funeral services for Richard will be held on Saturday, Nov. 25 at 10 a.m. in the J.HENRI MORIN & SON FUNERAL HOME, 23 Maple Terr., Spencer. Burial will follow in Pine Grove Cemetery, Spencer. Calling hours are Friday, Nov. 24 from 4 to 7 p.m. in the funeral home. Memorial contributions may be made to Cure Alzheimer’s Fund, 34 Washington St., Suite 200, Wellesley Hills, MA 02481. www.morinfuneralhomes.com