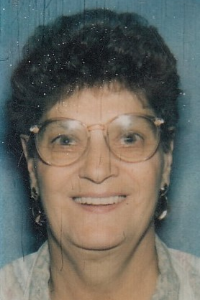 WORCESTER: Dorothy A. (Lapensee) Gosselin Jordan, 80, died peacefully with her daughter Christine by her side on Sunday, November 19, 2017, at Parsons Hill Nursing & Rehabilitation Center in Worcester.

A daughter, Cheryl A. Putnam, and four brothers, Vincent, Paul A., John E. and Richard J. Lapensee, all predeceased her. She was born and raised in Worcester, daughter of the late George O. and Helen A. (Vilkas) Lapensee and was a 1955 graduate of David Hale Fanning Girl’s Trade School. She lived in Leicester for several years before returning to Worcester in 2001.

There are No Calling Hours. A Private Graveside Service will be held in St. John’s Cemetery at the convenience of the family. Kelly Funeral Home, 154 Lincoln St., is assisting the family. To share your thoughts and memories with the family on-line, please visit: www.kellyfuneralhome.com.