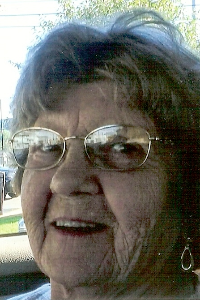 LEICESTER: Ora L. (Lamprey) Lamprey, 85, of Stafford Street in the Cherry Valley section of Leicester died Saturday, Nov. 18 in her home surrounded by her family after an illness.
Her husband, Harold A. Lamprey died in 1978. She leaves two sons; David A. Lamprey with whom she lived and Daniel A. Lamprey and his wife Marilyn of Leicester, a daughter Christine M. Blanchard and her husband Gary of Worcester, four grandchildren; Tanya, Michelle, Cassandra & Melinda, three great-grandchildren; KayLee, Christian & Annalilia and several nieces and nephews. She was predeceased by a daughter Cynthia Lamprey, a granddaughter Melissa Blanchard and two brothers; George and Bruce Lamprey.
Mrs. Lamprey was born in Southbridge, daughter of George T. and Ora M. (Wakeman) Lamprey. She was a certified nursing assistant at Clark Manor Nursing Home for many years. She was a member of the Leicester First Congregational Church. She enjoyed ceramics, crochet, crossword puzzles and riding on the back of her late husbands Harley Davidson motorcycle. She was happiest when she was spending time with her children and grandchildren.
A Funeral service will be held Wednesday, November 22 at 10:00 AM in Leicester First Congregational Church, 1 Washburn Square, Leicester. Burial will follow in Worcester County Memorial Park, Paxton. Calling hours are Tuesday, November 21 from 5:00-7:00 PM in MORIN FUNERAL HOME, 1131 Main Street, Leicester. In lieu of flowers memorial donations may be made to Alzheimer's Assoc. of MA/NH, 309 Waverly Oaks Road, Waltham, MA 02452.