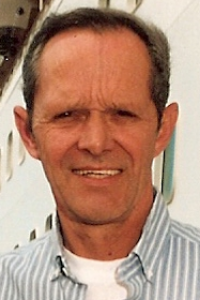 LEICESTER: Richard A. Crowley, died Tuesday, Nov. 14 in his home after a brief illness.
He leaves his wife Jeanne (Levasseur) Crowley, a son Michael R. Crowley of Cherry Valley, a daughter Patricia A. Serra of Bourne, two brothers; Allan Crowley of Leicester and David Hoffman of Townsend, 4 grandchildren, 3 great-grandchildren and his two best friends; Paul Miller and Steve Connolly both of Leicester. He was predeceased by his first wife Anne M. (Prefontaine) Crowley.
Richie was born in Lawrence, son of Mildred Crowley. He graduated from Leicester High School. He was a graphic arts printer at Hienrich's Ceramic Decal Co. in Worcester for many years before retiring. He symbolized the National Anthem and the American Flag and was proud to serve his country in the United States Army. His wife and daughter were his special caretakers for the last few months. He enjoyed classic cars, hunting, fishing, trips to Cape Cod and trips to Townsend to visit his brother and make his famous maple syrup. He was a former member of the torquers car club of Leicester. Richie and Jeanne would be celebrating their 10th anniversary but his illness took him 2 days before. The family would like to thank VNA Hospice for their compassionate care they gave to Richie.
At Richie's request funeral services and burial will be private as he was also private during his illness. MORIN FUNERAL HOME, 1131 Main Street, Leicester is directing funeral arrangements.