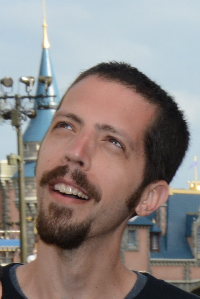 David is sorely missed by his mother Karen (Krommer) Bussiere, with whom he shared laughs, tears, mystery rides and orders of crab rangoon. He leaves behind his sister Jennifer Leighton, who is now automatically promoted to favorite child status. She and her husband Corey will feel David’s absence most each May when he is not around to help install the heavy a/c in their house. David was adored by niece Maggie Leighton and nephew Connor Leighton – he believed them both destined to do extraordinary things even though they will be hindered by ordinary parenting. Part of a small and close-knit family, he will be missed by his grandmother Elaine (Hoenig) Krommer and his aunt Kathy Krommer, who could count on him to put out furnace fires, clear critters from the garden and make spontaneous trips to the casino. He will also be missed by his uncle Kevin Krommer and his cousin Kiel Krommer with whom he shared the Firebrands vision, family time at the pool and the infamous blender incident at Disney. He will pretty much be missed by anyone who ever met him – he was just that kind of guy.

David received his early education at Saint Louis School, he was a 1995 graduate of Bartlett High School and earned his Bachelor of Arts degree from the Rhode Island School of Design.

David was gung-ho and exuberant about so many things in life: painting, sculpting, writing, composing, philosophy, astrology, design – he was annoyingly good at all of it. Dog whisper, cat rescuer, and snake hunter, he regretted never owning a sugar-glider or having a pet monkey. He also had second thoughts about spending so many years as a vegetarian, since clearly the diet’s promise of a long and healthy life didn’t pan out.

David was predeceased by his dad Robert Bussiere who died in 1986 and by his grandfather Richard Krommer who died in 2009. They are together in a peaceful place where it is warm and sunny every day, trying to outdo each other with their jokes and feasting on endless supplies of buffalo chicken.

As a child, David was a cancer patient treated at the Jimmy Fund, 10 Brookline Plaza, Fl. 6, Brookline, MA 02445. In his memory, David requested really ridiculously huge amounts of money be sent to the Jimmy Fund in appreciation of his last 30 years. To adhere to David’s wishes, the family asks that all flowers be omitted. Also, thanks to Dr. Venu Bathini and Dr. Patan G. at UMASS – with their team’s care, David was given the gift of 7 extra months to have adventures.