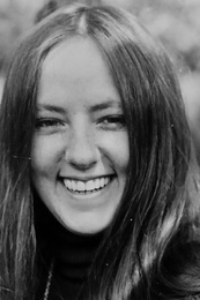 
Doris T. Mountain, 64, of Worcester unexpectedly died at home on Monday, Nov. 13 2017. Doris, better known as Dorrie, was born in Worcester, daughter of the late Francis X. Powers Sr. and Hazel R. (Standring) Powers. Dorrie graduated from South High School in 1970, and worked for the Commonwealth of Massachusetts for over 30 years before retiring in 2016. Throughout her life she remained passionate about music, having performed in bands and on her own since she was a teen. She was also a dedicated member and volunteer at the Auburn-Webster Lodge of Elks #2118.

She is survived by her daughter Meaghan Hardy-Lavoie and her husband Jonathan of Worcester, a son, Zackary Mountain and his wife Diana, of Auburn, brother Donald W. Powers, of Lantana, FL, two grandchildren Adeline Hardy-Lavoie and Zackary Mountain Jr. as well as her beloved nieces and nephew, many close friends and her dogs Moxie & Daisy. She is predeceased by her daughter Sarah, and brother Francis X. Powers Jr.

A graveside service will be held on Saturday, November 18th at 10:00 AM in St. John's Cemetery, 260 Cambridge Street. Calling hours are Friday, November 17th from 5:00 until 8:00 PM with a service at 7:30 PM in O’CONNOR BROTHERS FUNERAL HOME, 592 Park Avenue. In lieu of flowers memorial contributions may be made in Dorrie’s memory to the Worcester Animal Rescue League, 39 Holden Street, Worcester, MA 01606.