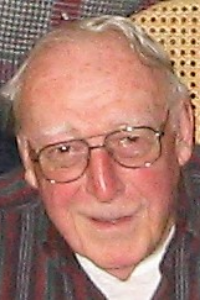 Three sisters, Dora Patenaude of Oxford, Clara Langlois and Rena Bond, both of Charlton, all predeceased him. He was born in North Oxford, a son of the late Rene F. and Laura I. (Arrell) Thibeault and was a U.S. Navy Veteran of World War II. He lived in Spencer since 1956.

Len worked as an automobile and truck mechanic for many years. He worked for 12 years at Red Star Express Trucking Company in Shrewsbury until retiring in 1988. He had been a member of the Teamsters Union Local #170, the Leicester Knights of Columbus, the Oxford American Legion Post #58, and the Greendale Retired Men’s Club. He was an avid bowler and belonged to several leagues in the area. He most enjoyed fishing and gardening. He will be remembered for being an old fashioned hard-working family man.

The family suggests donations in memory of Len be made to Abby’s House, 52 High Street, Worcester, MA 01609. To share your thoughts and memories with the family on-line, please visit www.kellyfuneralhome.com