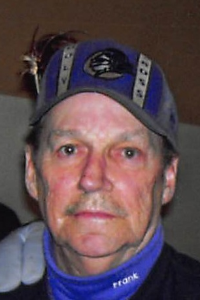 Francis Charles McGourty, 80, loving husband, father, and grandfather, died Friday, November 10, 2017 at Saint Francis Nursing & Rehabilitation Center. He was born in Worcester, son of Charles and Agnes (Andersen) McGourty and grew up on Edgeworth Street. He graduated from North High School, The College of the Holy Cross, and earned his Master’s in Journalism from the University of Wisconsin.

Francis enlisted in the United States Army in 1959 and completed Officer Candidate School at West Point in 1961. He traveled extensively throughout his career as he proudly served his country. He served in Germany, served two tours in Vietnam, taught at the United States Military Academy at West Point, and served as head of the public relations department there as well. He was discharged as a Major in 1976. After retirement from the Army, Francis moved back to Worcester.

Francis was an avid sports fan and enjoyed cheering on his favorite teams, especially the Holy Cross basketball team and the Red Sox. He loved golfing with his friends at Green Hill Golf Course and spending time with his beloved family.


He is survived by his wife of 34 years, Ingeborg (Trosbach) McGourty, his son, Sean M. McGourty and his wife Laureen of Shrewsbury, his daughter, Maura C. Poiesz and her husband David in New Jersey, four grandchildren, Julia and Matthew McGourty and Brooke and Gillian Poiesz. He also leaves two step-sons, Stephen and Thomas Quaglia, both of Webster, step-grandchildren, a sister, Donna Alexandrovich of Worcester, a brother, David McGourty of Auburn and many nephews and nieces. Francis was predeceased by his step-daughter, Stephanie Edwards, two brothers, Walter and Charles Hodgkins, and two sisters, Phyllis Newcomb and Mary Van Horn.

Visiting Hours will be held Wednesday, November 15 from 5:00 until 7:00 pm at Callahan Fay & Caswell Funeral Home, 61 Myrtle Street, Worcester. Interment with Military Honors will be held Thursday, November 16 at 11:30 am at the Massachusetts National Cemetery in Bourne. In lieu of flowers, donations may be made to Veterans Inc., 69 Grove Street, Worcester, MA 01605 or Epilepsy Foundation New England, 335 Main Street, Wilmington, MA 01887.