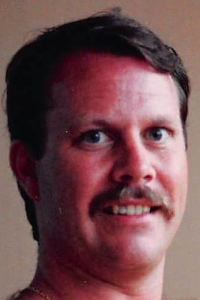 Patrick was born in Endicott, NY, son of the late Reijo and Joan (Connor) Rinne and graduated from John Jay High School in Fishkill, NY. Patrick graduated from Culinary Institute of America and worked as an Executive Chef for the Marriott Corporation where he also met and married the love of his life Ginny. He was also a culinary instructor at Salter College in West Boylston where you would often hear him telling his students “you gotta cook it with love”.

Patrick had an adventurous spirit. He loved the ocean; a place he loved to be on his boat on the Cape or scuba diving at Cape Ann. Skiing was another passion of Patrick’s, he was always willing to challenge himself and ski double black diamonds. He was a family man and Ginny, Kayla and their recently adopted Sato dog Max were his everything. They have fond memories of their many weekend visits to New York. Spending time with them was the one thing that made him the happiest.

In lieu of flowers, donations may be made to Saint Spyridon Greek Orthodox Church, 102 Russell St., Worcester, MA 01609 or to the Sterling Animal Shelter, 17 Laurelwood Rd. Sterling, MA 01564 or visit www.sterlingshelter.org