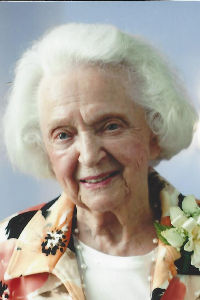 WARREN__Anne J. (Juralewicz) Sztuka, 97, of Warren passed away peacefully with her family by her side, on Monday November 6, 2017 in the Quaboag Rehabilitation and Skilled Care Center, West Brookfield. Her husband of 59 years, Boleslaw S. “Ben” Sztuka died in 2005.
She leaves her son, Jan J. Sztuka, Lt. Col. USAF Retired and his wife Linda of Montgomery, AL., a granddaughter, Ashley A. Sztuka, a sister, Sophie Fleury of Warren; two very close family friends that she considered adopted sons, Joe Gulluni and his wife Linda of Palmer and Michael Weiland of Hong Kong. She also leaves several nieces, nephews, and very close friends. She was predeceased by a brother Stanley and three sisters, Gertrude, Vicky and Franny. Anne was born in Ipswich, MA., a daughter of Frank and Nellie (Ziemba) Juralewicz. Anne was a graduate of Warren High School and Strayer College, Washington, D.C.
Mrs. Sztuka began her professional career working for the Department of the Treasury, Washington, D.C. She later lived in Pomona, California for 36 years and was a Second Grade Teacher at St. Joseph Elementary School and later a secretary for General Dynamics, Pomona. Anne and her husband Ben returned to Warren in 1979.
The funeral will be held on Friday November 10, 2017 from HENRY-DIRSA FUNERAL HOME, 33 Ward Street, Worcester with a Mass at 10:30 A.M. in Our Lady of Czestochowa Church, 34 Ward Street, Worcester. Burial will follow in Notre Dame Cemetery, Worcester. A calling hour will be held in the funeral home on Friday November 10, 2017 from 9:00 to 10:00 A.M.