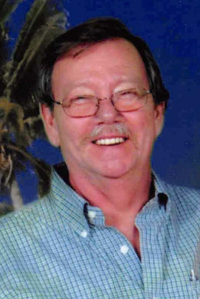 Worcester – William H. Henderson, 70, of Worcester, died on Monday, November 6th in the Lutheran Home Rehabilitation Skilled Care Center after an illness.
Mr. Henderson is survived by his wife of 48 years, Anne-Marie (Mechetti) Henderson; a son, William Henderson of Spencer, MA; a daughter, Lisa Henderson and her longtime companion, Edwin Nunez of Worcester; a sister, Penny Lenahan of Webster, MA and many nephews and nieces.
Bill was born in Akron, Ohio and is predeceased by his parents, Vito and Helen (Baird) Sclamo as well as a brother, Hal Henderson. He is a graduate of the former Commerce High School and proudly served in the United States Army during the Vietnam War.
Mr. Henderson worked at the distribution center of the United States Postal Service in Shrewsbury and retired in 2012, he previously worked for Wright Line in Worcester. Bill enjoyed taking trips to the casino and traveling. He took many trips across the country with his wife, and they would always find their way to a nearby casino. Bill was an active member of the 504MP Association, an affiliate of the Vietnam Veterans and enjoyed spending time working in his yard.
The funeral will be held on Friday, November 10th at 10AM in the Alfred Roy & Sons Funeral Home 12 Hammond St. Burial with military honors will follow in Worcester County Memorial Park, Paxton. Calling hours are on Thursday, November 9th from 5 to 8 PM in the funeral home. Memorial contributions in memory of Bill may be made to the American Heart Association 300 Fifth Avenue Suite #6 Waltham, MA 02451.
To share a memory of Bill, sign the online guestbook, or for directions please visit www.Royfuneral.com