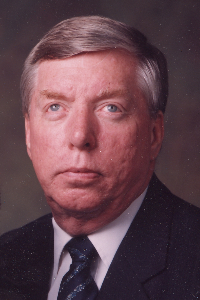 James William “Jay” Birch, of Denville, NJ, died on November 4 after a long illness. He was surrounded by his wife, Diane, daughter, Courtney, and son, Jim.
Jay was born on November 24, 1940, in Boston’s Dorchester neighborhood. He was the son of the late James Wilfred Birch and Elizabeth Birch (neé Courtney). He grew up in Worcester, and received his B.S. in History from Clark University. As a youth, he was an avid hockey player. He married Diane Belisle in 1967, and returned to Worcester after living briefly on Cape Cod.

In the 1960s and 70s, Jay worked as a Scout Executive for the Boy Scouts of America, directed several Boy Scout Camps in Massachusetts, and later volunteered as a guide at Philmont Scout Ranch in New Mexico. After losing his eyesight, he developed new programs for Scouts with disabilities.

Jay returned to school in the 1980s, earning a Master’s degree in Applied Mathematics and Computer Science from Worcester State College, and founded Secure Systems, a computer security consulting firm. He also worked in Boston for Inet, Inc., which later became part of Wang Industries.

In 1995, Jay began a 15-year career as a computer security engineer with Booz Allen Hamilton in McLean, Virginia, where he worked on contracts for many government agencies. He retired from Booz Allen in 2010 and moved to Denville, New Jersey, in 2011.Throughout his long and varied career, Jay was widely recognized as a tenacious and pioneering role model for people with disabilities. His many honors include the Disability Industry Labor Council’s Employee of the Year Award, and the Worcester Area Chamber of Commerce Handicapped Self-Employed Award. He also worked as a fundraiser for the Massachusetts Association for the Blind.

Jay was a longtime fan of the Red Sox, Bruins, and Patriots, and never missed a summer trip to Cape Cod, where he enjoyed clamming and cooking out. In Worcester, he was also a choir member at Our Lady of the Rosary Church. At Booz Allen, he always looked forward to the annual Chili Cook-Off. In retirement, he became known as The Oaks at Denville’s formidable trivia champion.

He is survived by his wife of 50 years, Diane (Belisle) Birch; his daughter, Courtney Birch, and her husband, Justin Warner, of Jackson Heights, NY; his son, James Birch Jr., and his partner, Vanessa Smetkowski, of Chicago, IL; two grandchildren, Ben and Lily; his sister, Barbara (Birch) Mahoney of Worcester, MA; and several nieces, nephews, grand-nieces, and grand-nephews.

Jay used Seeing Eye guide dogs for over 40 years. He loved his dogs and the independence they helped him maintain. In lieu of flowers, memorial contributions may be made to The Seeing Eye, P.O. Box 375, 10 Washington Valley Road, Morristown, NJ, 07960 (www.seeingeye.org/youcanhelp), or The Foundation Fighting Blindness, 7168 Columbia Gateway Drive, Columbia, MD 21046 (www.blindness.org).

The funeral will be held on Tuesday, November 7 from Callahan Fay & Caswell Funeral Home with a Mass of Christian Burial at 10:00 am at Our Lady of the Rosary Church, 25 Fales Street, Worcester. Interment will follow at St. John’s Cemetery. Family and friends may call at the Callahan-Fay-Caswell Funeral Home, 61 Myrtle Street, Worcester, MA, from 4-7 pm on Monday, November 6.