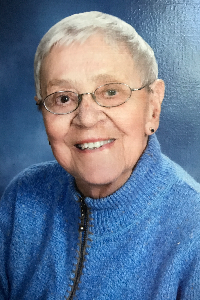 SPENCER: Effie M. (Mocas) Tolis, 96, formerly of Spencer, died on Wednesday, Nov. 1 at the Jewish Healthcare Center in Worcester. She was the wife of Victor Tolis, who died in 2002.
Born in Manchester, NH., she was the daughter of John G. and Agnes P. Mocas. Effie was raised and educated in Manchester NH. She joined the US Navy WAVES in 1942 and served proudly until the end of WWII. She was among the first group of women to achieve the highest enlisted ranking of Chief Petty Officer. In 1948, while she was employed as an executive secretary at Northwestern Mutual Life Insurance Co. and attending Hunter College in New York City, she married Victor Tolis and moved to Spencer. After raising their family, Effie worked at David Prouty High School as a secretary in the principal’s office.
Effie leaves two children, Elizabeth McIlveen of Scarborough ME and Victor Tolis and his wife, Lois of Worcester MA, four grandchildren, Lynn McIlveen, Nathan McIlveen, Christine Johnston and her husband Olan, and Diane Tolis and her wife Jayne Nucete, eight great grandchildren, and two great great grandchildren. She is also survived by a sister, Irene Messier of Manchester NH and several nieces and nephews. Her sister, Helen Nasika, died in 2007.
A member of the First Congregational Church, Effie enjoyed volunteering in the Economy Shop. She also enjoyed travelling, entertaining, and golf.
A Memorial Service will be held at the First Congregational Church of Spencer, 205 Main St., on Tuesday November 14 at 10:30 am.Burial will follow in Pine Grove Cemetery, Spencer with Military Honors. There are no calling hours. Contributions in her memory may be made to the First Congregational Church of Spencer Music Program, P.O. Box 187, Spencer MA 01562.
J.HENRI MORIN & SON FUNERAL HOME, 23 Maple Terr., Spencer is directing arrangements.