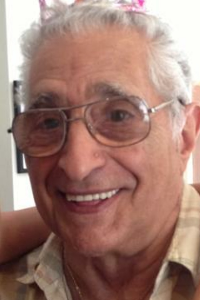 LEICESTER: Nicholas P. Casello,85, of Leicester, died suddenly, Thursday, Nov. 2 at his home.
His wife of 54 years, Jeanne A. (Cormier) Casello died in 2010. He leaves his son Nicholas A. Casello and his wife Jacqueline of Leicester, his daughters Emily A. Vandale and her husband Paul of No.Brookfield, and Michelle F. Doray and her husband John of Holden, four brothers John Casello of Worcester, Joseph Casello of Shrewsbury, Alfred Casello of Orlando, FL., and Michael Casello of Worcester, two sisters Rose Stachelek of Worcester and Anna Stewart of Auburn, his grandchildren; Matthew, Sharyn, Bryan, Leah, Craig, Breanna, Nicholas, Jr., Emilia and Maximus, great grandchildren; Matthew, Scarlett, Leanna and Michael, many nieces and nephews. He is predeceased by his daughters Sharon M. Casello and Ann Marie Girouard, brothers Anthony, James and Nunzio Casello, sisters Rita Hill and Priscilla Pavone.
Nick was a carpentry shop foreman in the School Dept. for the City of Worcester for 35 years, retiring in 1995. He also was a boiler fireman at the College of the Holy Cross and other area institutions.
Born in Worcester, he was the son of Nicola and Emily (Sena) Casello and later served his country with the U.S. Army during the Korean War. He was a Disabled American Veteran.
At his request, private funeral services and calling hours will be held at the convenience of the family. Burial will be in St. John's Cemetery, Worcester. In lieu of flowers, contributions may be made to the Epilepsy Foundation NE, 335 Main St., Wilmington, MA 01887. MORIN FUNERAL HOME, 1131 Main St., Leicester is directing the arrangements for the family.