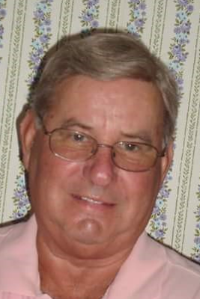 He leaves two sons, Robert H. Peloquin, Jr. and Michael J. Peloquin both of Worcester; his companion of nine years, Dorothy Root of Worcester; a grandson, Michael P. Peloquin of Surprise, AZ; a brother, Paul Peloquin of Holden; a sister, Anne Hardaker of Barre and several nieces and nephews. His wife of 50 years, Claire G. (Auger) Peloquin died in 2006. Two sisters, Marion Smith and Marie Purtle and a brother, Peter predeceased him. He was born in Worcester, son of Ovila P. and Isabelle F. (Wood) Peloquin and graduated from Commerce High School. He served in the US Navy during the Korean War.
Bob was a salesman for Red Hed Supply Company for many years, before retiring. He was a member of Saint George's Church and the Knights of Columbus Alhambra Council #88. He enjoyed sailing any chance he could get and was affectionately known as Captain Bob to family and friends. In his earlier years he traveled to Naples, FL in the winter and continued the tradition of wintering in Florida when he met his loving companion, Dorothy.

A Funeral will be held Monday, November 6 from CALLAHAN~FAY~CASWELL Funeral Home, 61 Myrtle Street with a Mass at 11:00AM in St. George's Church, 38 Brattle Street. Burial will be private in Rural Cemetery. Visiting Hours are Sunday, November 5 from 2:00 to 4:00PM at the funeral home, In lieu of flowers a donation to the Pulmonary Hypertension Association would be appropriate www.phassociation.org/donate/