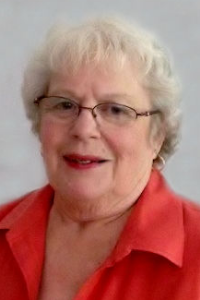 Arlene was born and raised in Rutland, VT the daughter of the late Reginald F. and Luella D. (Bell) Boynton. She attended Rutland Schools and graduated from Rutland High School, Class of 1956. She then attended the former Rutland Business School and Arlene relocated to Hartford, CT to work for the Travelers Insurance Company, she met a young man enjoying lunch at the same diner who was working as a funeral director in Hartford. They married in Rutland in May of 1959 and moved back to the Putnam / North Grosvenor Dale area and settled down while Larry started to work at the local funeral home, Gilman Funeral Home. In 1973 they purchased the funeral home together. In 1980, they purchased the Valade Funeral Home in North Grosvenor Dale and Arlene joined her husband full time as a funeral director following her graduation from the New England Institute in Boston, where she earned her funeral directing degree. Together, they owned the funeral homes until 2000. Arlene was active in many community groups including past president of the Women’s Board of the Day Kimball Hospital, a former member of the Rotary Club of Putnam, where she was awarded a Paul Harris Fellow, and former member of the Connecticut and National Funeral Directors Associations. A faith filled woman, Arlene was a former member of Saint Mary Church of the Visitation Parish in Putnam, Saint Joseph Parish in Dayville and Blessed Sacrament Parish in Clermont. She was also a former member of the Daughters of Isabella in Putnam. Arlene enjoyed sewing, embroidery, knitting and baking. For many years, she enjoyed spending summers on Alexander’s Lake in Dayville, and moved there full time in 2002. She then moved to Clermont in 2006.

Relatives and friends are invited to visit with Arlene’s family on Friday, November 3rd from 6-8 p.m. at the Gilman Funeral Home, 104 Church Street, Putnam. Her funeral will be held on Saturday, November 4th from the funeral home with a Mass of Christian Burial celebrated at 11 a.m. at Saint Mary’s Church, 218 Providence Street, Putnam. Burial in Evergreen Cemetery, Rutland, Vermont will be held privately on Monday. Flowers may be sent or memorial donations may be sent to the Northeast Cancer Fund of DKH, Development Office, P. O. Box 632, Putnam, CT 06260. Funeral arrangements under the care of her son, David and the Callahan, Fay & Caswell Life Celebration Home staff, 61 Myrtle St., Worcester , MA. To share a memory or leave an online condolence for the family, please sign the guestbook.