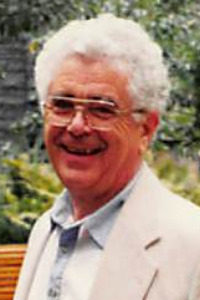 WORCESTER- Dhiojeni Papajani, 85, passed away peacefully on Thursday, October 26, 2017 at his home, surrounded by his loving family.

Mr. Papajani was born in Gjirokastra, Albania on March 2, 1932 a son of the late Dhimitri and Aleksandra (Stefani) Papajani. He attended college in Poland and earned a degree in engineering. For many years he worked as a Shipyard Engineer in the city of Tirana for the Ministry of Transportation in Albania before moving to the United States with his family. Mr. Papajani was a volunteer at the Lutheran Immigration and Refugee Service in Worcester for many years. Mr. Papajani helped create many wonderful memories by hosting family dinners at his home. He and his wife traveled extensively throughout Europe where they visited Italy, Poland, Albania, Greece and Turkey. He also enjoyed getting together with his friends twice a week in the morning at their favorite coffee shop, Espress Yourself Coffee.

He will be forever missed by his loving wife of 55 years, Eleni (Xhupi) Papajani; his children, Silvana Gjoni and her husband, Robert of Worcester, and Anila Cenko of Worcester; four grandchildren, Martin Gjoni and his wife, Amanda, Eron Gjoni, Eni Cenko and his wife, Kristen and Jona Landry and her husband, Jason; two great grandchildren, Arben Gjoni and Logan Cenko; a sister, Polikseni Skenderi of Albania; several nieces and nephews.

Family and friends will gather to honor his life on Monday, October 30th from 5:00pm until 8:00pm at the CALLAHAN, FAY & CASWELL Funeral Home, 61 Myrtle St., Worcester. A Funeral Service will be held at 11:00am on Tuesday, October 31st at St. Mary’s Assumption Albanian Orthodox Church, 535 Salisbury St., Worcester. Burial will follow at Hope Cemetery.