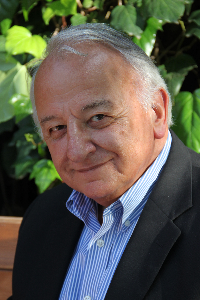 It is with deep regret that we announce the loss of Philip D. Giantris. Philip passed away suddenly on Oct. 19, in a hospital in Tirana, Albania, surrounded by family and friends. He was 74 years old and a current resident of Southport Island, Maine (Boothbay Harbor Region). Philip was husband to D. Sally Giantris for over 52 years and father to Kristin Giantris and Arian Giantris Clements. He enjoyed being a vivacious grandfather to his grandchildren: Olive, Sophie, and Isaac, and a beloved uncle and godfather to his many loving nieces and nephews and their families.
Philip was born and grew up in Worcester, MA, in a tight-knit Albanian community. His parents were Albanian immigrants who moved to the United States in the early 1920’s and raised him and his siblings with enormous love for their Albanian roots and culture and for the Albanian Orthodox Church.
In 1961, Philip graduated from South High School in Worcester followed by Worcester Polytechnic Institute in 1965, where he earned a degree in civil engineering. At WPI he was a member of the Phi Gamma Delta fraternity and a member of ROTC. Philip was commissioned a First Lieutenant upon graduation and served in the US Army Corps of Engineers in Vietnam in 1968. Upon return from Vietnam, he obtained his Masters in Business from Boston University.
Philip worked for 23 years for Metcalf & Eddy Inc. and five years for Bird Corporation. In the early 1990s, Philip opened up his own consulting business that took him all over the world. In 2000, Philip decided to establish his own consulting company in Albania, Valu Add Management Services, a company specializing in water sector utility management with an Albanian staff of professional engineers, economists and business management specialists. Beyond his professional goals, this return to Albania fulfilled a longtime goal and promise he made to his mother to help Albania, his parents’ homeland. In the same year he opened Valu Add Management Services, he became the driving force behind the formation and growth of the Water Supply and Sewerage Association of Albania (SHUKALB), where he served as a volunteer Executive Director.
Philip was a seasoned professional in the provision of policy and technical advisory services in the water, wastewater and solid waste infrastructure sector. His unique knowledge of the key issues that define success in the water sector, for government at all levels, has made him and his firm a valued advisory resource to governments of South Africa, Romania, Egypt, Israel, Kosovo, Montenegro, Lebanon, Jordan, Philippines and Albania.
Philip was tireless and passionate about his work to the point that he would infect everybody with his excitement and vision. He was a longtime member of the American Water Association, the International Water Association, and was a member of the Seven S’s Society. He impacted the professional lives of so many young people and other professionals in Albania and around the world with his example of excellence. To Philip, only the best was good enough and he was a man who could always find the best and most interesting in everyone, and everything. Philip was a man of integrity, and he passed those values on to his staff, friends, and family.
He touched so many people with his example of determination, hard work, and business ethics, but also with his compassion, care and love. Philip was a man with a big heart. He embodied the philosophy: “To Whom Much is Given, Much is Expected,” and Philip never stopped helping people in need. His philanthropic deeds were countless. He was a continuous contributor to the Orthodox Church in Albania and “Protagonistet School”. In addition, helped to raise funds for different Albanian institutions with a particular focus on children—the orphanage in Korca, Albania, the Children’s Home at Saint Vlash and the Mother and Child Foundation of Albania. He was also a long standing Board Member of the Harry Fultz Institute.
Philip was a citizen of the world and leaves a significant legacy for his family, friends and colleagues. He would expect all to continue his legacy and go: “Higher and Higher!”