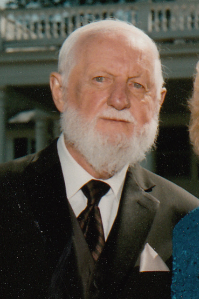 He was an Army veteran of the Korean War. He was a member of the American Legion.

Mr. Kirk worked as an off road construction truck driver and was the shop steward for Borggaard Construction in North Grafton for many years retiring in 2000. He was a member of the Teamsters Local 170. He raced motorcycles and won multiple hill climbing races and scrambling events in Monson in the 1960’s. He enjoyed playing pool, darts and horseshoes. He was an active CB’er, his handle was “Wild One.”

His funeral will be held Tuesday, October 24, from Scanlon Funeral Service, 38 East Main Street with a Mass at 10:30 AM in Saint Louis Church, 14 Lake Street. Burial will be in Saint Roch’s Cemetery, Oxford. A calling period will take place from 9:00 to 10:00 AM Tuesday in the funeral home. Donations in his name may be made to Disabled American Veterans, 3725 Alexandria Pike, Cold Spring, KY 41076.