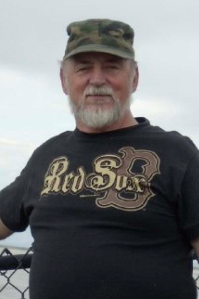 He was born on July 4, 1944 in Putnam, CT and raised in Oxford, the son of Harry R. Baker, Sr. and Rena M. (Barton) Baker and lived in Webster and Dudley for most of his life. He graduated from Oxford High School in 1962.

Mr. Baker first worked at Rogers Corporation in Rogers, CT in several capacities, including machine operator and custodial engineer. He then worked for the Town of Dudley Water Department for 25 years before he retired.

Al loved to go to flea markets and yard sales. He always had a friendly smile and liked finding a “great bargain.” He was an ardent fan of the Boston Red Sox and the New England Patriots. He enjoyed spending quality time with his family.

A funeral service will be held on Wednesday, October 25, at 10:00 AM in Scanlon Funeral Service, 38 E. Main Street, Webster. Visitation will be held from 5:00 to 8:00 PM Tuesday, October 24, in the funeral home. Donations in his name may be made to Harrington Hospital Cancer Center, 55 Sayles Street, Southbridge, MA 01550. Arrangements are under the direction of Sitkowski & Malboeuf Funeral Home.