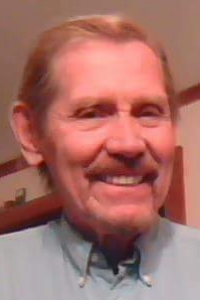 CHARLTON: Leonard N. Cardinal, Sr., 77, of Brookfield Road died Wednesday, October 18 in his son's home, after a brief illness.
His wife of 36 years, Virginia L. (Bombria) Cardinal, died in 2007. He leaves two sons; Leonard N. Cardinal, Jr. and his wife Lisa Brodeur of Charlton and Anthony L. Cardinal of Charlton, two daughters; Colleen K. Rocheford and her husband Wayne of Charlton and Robin M. Tremblay and her companion Glen McDonald of Charlton, a sister Lois Garrison- Cardinal of Douglas, 12 grandchildren, 6 great-grandchildren, several nieces and nephews and his companion of 10 years Patricia Crawford of Ocala, FL. He was predeceased by a son Terrance Foley and a daughter Rhonda Foley.
Lenny was born in Worcester, son of Norman and Pearl (Conley) Cardinal. He was an electrician for many years working for the IBEW Local 96 and his own company "Lenny Cardinal Electrical". He served his country in the United States Army. He was a member of the Zoning and Conservation Boards for the Town of Charlton for many years. He was a member of the Central Mass Wanderes. He played senior league baseball for many years until a shoulder injury sidelined him. He loved watching the Boston Red Sox. He enjoyed riding his Harley Davidson motorcycle, snowmobiling and jogging. He was an avid animal lover and spent many winters in Ocala, FL. He loved spending time with his family and will be missed by all that knew him.
A funeral service will be held Monday, October 23 at 11:00 AM in J. HENRI MORIN & SON FUNERAL HOME, 23 Maple Terr., Spencer. Burial with Military Honors will follow in Mary, Queen of the Rosary Cemetery, Spencer. Calling hours are Sunday, Oct. 22 from 1:00-3:00 PM in the funeral home. In lieu of flowers memorial donations may be made to Charlton Little League, P.O. Box 780, Charlton City, MA 01508.