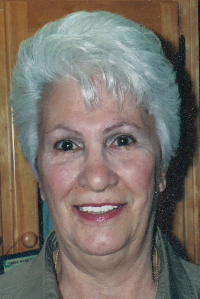 She leaves her daughter and caretaker, Danielle M. Donahue with whom she lived; a grandson, Francis A. Donahue; a brother Frank Tavano of Worcester; nieces and nephews. She was preceded in death by her son, Richard A. Donahue in 2003.

She was born in Worcester, a daughter of Giusto and Mary (DiCosiso) Tavano.

Mrs. Donahue was the housekeeping supervisor for many years at People’s Bank in Worcester, retiring in 1988.

She was a member of Saint Joan of Arc Parish in Worcester. She enjoyed cooking, baking, and bingo. Her greatest treasure was the day trips and time she spent with her daughter and best friend.

There are no services planned. Donations in her name may be made to St. Judes Children’s Research Hospital, 501 St. Jude Place, Memphis, TN 38105. Arrangements are under the direction of Sitkowski & Malboeuf Funeral Home, 340 School Street, Webster.