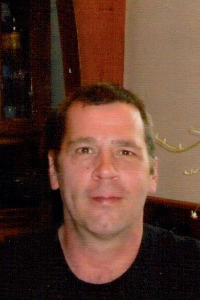 WORCESTER - Jon E. Stidsen, 52, a lifelong resident of Worcester was stricken ill and died at home on Monday, October 9, 2017. He was born in Worcester and has lived most of his life in the Vernon Hill section of the city.
Jon graduated from Burncoat High School and attended classes at Quinsigamond College and Becker College. He worked for many years at for the Norton Company / Saint Gobain , Eaton and Rand-Whitney, all in Worcester. He later worked as a meat cutter for the Big Y Markets for several years. Jon was an avid gardener who often could be found in the kitchen cooking up a meal with some of his bountiful harvest. He enjoyed the New England sports teams, especially the Patriots. Spending time in the outdoors while hunting and fishing was a true passion of Jon’s.
Jon will be forever loved and missed by his parents, Everett and Janet (Sundstrom) Stidsen, with whom he lived; Larry D. Stidsen of Worcester.his sister, Pamela M. Lorion and her husband, Scott of Charlton. He also leaves his two sons, Matthew J. Stidsen and his companion, Sarah Whalen and their children, Kylie and Isabelle of Oxford and his son, Adam R. Stidsen of Georgia.
Services under the care of the LINDQUIST-LUNDIN Funeral Home, 36 Butler Street, Worcester are private.