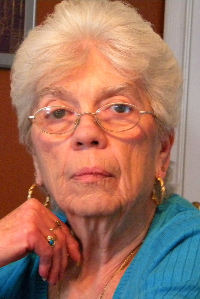 Charlton
Arlene Ethel (Brown) Milosh, 80, passed away peacefully Monday, October 2, 2017 at home surrounded by her loving family.
Ethel is survived by her husband of 60 years, Richard J. Milosh, three sons; Craig Milosh and his partner Ian Brinham of London, England; Chris Milosh of Worcester,MA; Scott Milosh of Spencer, MA; and one daughter, Wendy (Milosh) Gray and her husband David of Webster, MA. She was predeceased by her son Ross Milosh in 1981 and her daughter Jodi Milosh in 2006. She is also survived by three grandchildren, Stephanie Milosh, Courtney Hale, and Ross Thomaszewicz, and two great grandchildren, Robert and Alexis, she is also survived by her brother George brown and his wife Jan, and a sister Linda Watson; and was predeceased by a brother Herbert Brown and a sister Eleanor (Brown) Poletta.
Ethel was born in Charlton on September 12, 1937, daughter of Edward and Edith (Fitts) Menoche. She was a graduate of the 1955 class of Charlton High School. She started her working career after high school and married her high school sweetheart, Dick.
Family was always most important to Ma. She loved her jobs and worked as a waitress and/or bartender for many years at Papeete’s, Ken Chin’s, Wind Tiki, Golden Lion, and most recently, Empire Wok.
She was affectionately known as “Ma” to her many customers and co-workers and always brought smiles to everyone.
Per her request, there will be no services, but relatives and friends are invited to attend a ‘Celebration of Life’ at Waterfront Mary’s, 103 Birch Island Rd.,in Webster on Saturday, October 14, 2017 at 1:00 PM.
Kindly omit flowers.
The ROBERT J. MILLER-CHARLTON FUNERAL HOME, 175 Old Worcester Rd., is assisting Ethel’s family with arrangements.
To leave a message of condolence or to share a memory of Ethel, please visit: RJMillerfunerals.net