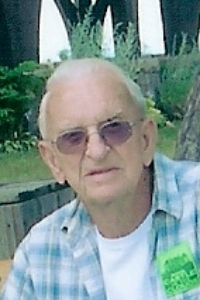 He leaves his wife of 53 years, Gwendolyn R. (Moulton) Bugbee, a daughter Wendy Bugbee and her partner Kerry Houston of East Brookfield, a granddaughter Sarah Morin and her husband Eric of East Brookfield, two great-grandchildren Makenzie and Hunter Morin. He was predeceased by a grandson John Soboleski III in 2004.
Mr. Bugbee was born in Worcester, son of Bernard and Josephine (Tobin) Bugbee. He worked as a mechanic for several years at Varney's Garage before opening his own business, Bugbee Auto and he also owned a salvage yard. He liked to travel with his wife, friends and seniors of East Brookfield and Warren. He enjoyed spending time with his grandchildren and great-grandchildren, taking care of his lawn, fixing just about anything and attending engine shows. He was a member of Lashaway Senior Citizens Club.
A Graveside service will be held Friday, October 6 at 11:00 AM in Podunk Cemetery, Podunk Road, East Brookfield. There are no calling hours. In lieu of flowers memorial donations may be made to John Soboleski, III Memorial Scholarship Fund C/O David Prouty Permanent Scholarship Fund, P.O. Box 172, Spencer, MA 01562.
J. HENRI MORIN & SON FUNERAL HOME, 23 Maple Terr., Spencer is directing funeral arrangements.