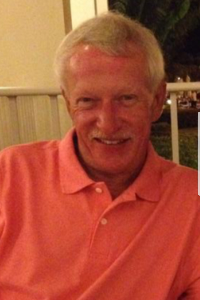 
WEST BOYLSTON- Steven F. Nelson, passed away on September 26, 2017 at University of Massachusetts Medical Center following a brief illness. He was 64.

He was born in Boston on May 19, 1953 a son to the late Arthur and Winifred (Stacy) Nelson. He was raised in West Boylston and graduated from West Boylston High School in 1974 before attending Quinsigamond Community College where he earned his Associates Degree in Business.

Mr. Nelson began his career working at Scott Associates in Clinton where he was employed for 28 years. He also served on the West Boylston Fire Department for 28 years and in doing so forged many special bonds and made close friends. His desire to help and serve others led him to his final job which was with the Sterling Housing Authority. Steven worked for 15 years doing maintenance and grounds keeping. He enjoyed working with the elderly and met and made many special friends.

Steve was meticulous in the upkeep of his yard. His lawn always had to be green and the flowers watered. His cars were always spotless and he would often wash them even knowing that it would be raining the next day. Above all family was most important to Steve. Special memories were made spending time with the Fitton Family at the Jersey Shore and with their close friends, Paula and Luke Connor at Lake Winnipesauke. Sunday nights spent on his deck will be missed by his brother Ricky and no wedding will be the same without everyone being able to see his moves on the dance floor.

Besides his parents he was predeceased by his brother Barry Nelson.

Family and friends will gather to honor and celebrate Steve’s life on Friday, September 29th from 5:00pm until 8:00pm and again on Saturday, September 30th from 10:00am until the start of his funeral service at 11:00am in FAY BROTHERS Funeral Home, 1 West Boylston St., West Boylston. Memorial donations may be made in his memory to the West Boylston Fire Department, 39 Worcester St., West Boylston, MA 01583 or to the American Liver Foundation New England Division, 188 Needham St., Newton, MA 02461.